As so often happens, on the opening day of any important pre-season test at the Circuit de Barcelona-Catalunya, the buzz revolves about new car liveries, dapper driver outfits and lap times.

In reality, only the fetching new paint schemes and sponsor colours are what the true fans really focus on because, with fuel loads and tyre compounds differing between teams, lap times can only really be taken at face value. Driver X was quicker than driver Y, etc.

Last year, after Ferrari blitzed the opposition in testing, they would surely be the team to beat. And even with certain ‘experts’ professing to know the equivalent fuel loads on qualifying and race runs, when the season proper began, it was Mercedes who still inevitably held the upper hand – despite the best efforts of Charles Leclerc and Max Verstappen.

For the record, it was another popular (former) Ferrari driver who topped the times on Thursday, the evergreen Kimi Raikkonen posting a 1m17.091s mark (albeit on the quickest ultra-soft tyre) to finish ahead of Sergio Perez’s BWT Racing Point, Daniel Ricciardo’s Renault and Alexander Albon’s Red Bull. Pierre Gasly was next for the rebranded Alpha Tauri team from Sebastian Vettel, George Russell and Leclerc. 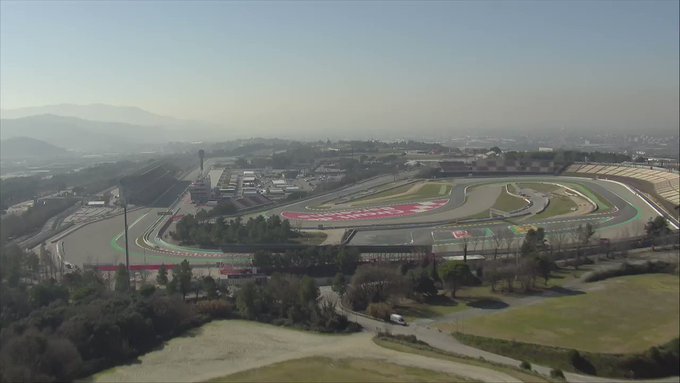 18 people are talking about this

So, what of six-time world champion Lewis Hamilton, who was quickest of all yesterday on the hard compound tyre, you may well ask… Well, the Briton was ninth fastest, again on the hard tyre, but the real talking point of the day again revolved around Hamilton and, specifically, his car.

Eagle-eyed journalists and television pundits were quick to notice that there was something unusual about the way Hamilton was operating inside the cockpit during the on-board footage, pushing and pulling his steering column to affect a change to the front suspension system.

And, when asked about the aims, even legality of the new tech trick, Mercedes technical director James Allison was understandably guarded in his response.

James has an update on today’s hot topic of #F1Testing… 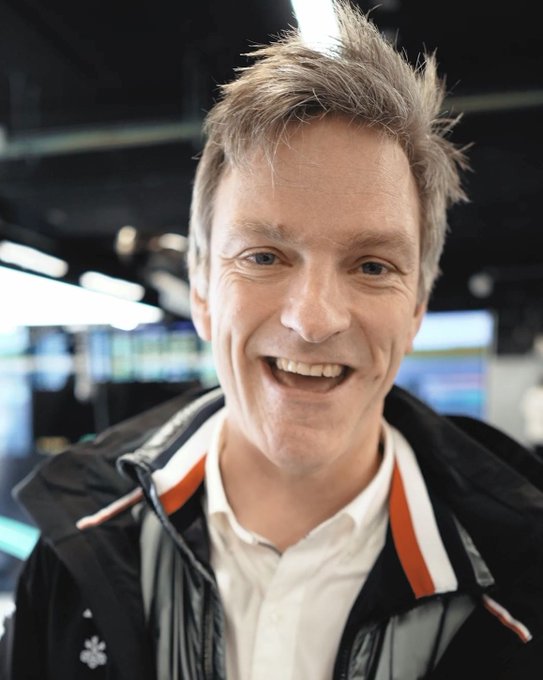 1,476 people are talking about this

“It’s a new system we’ve put on our car, we call it ‘DAS’ which stands for Dual Active Steering, and it’s an innovative idea we’ve had and bought to the track. It just is a thing that allows the drivers an extra dimension of control on the steering system,” said Allison in a hastily posted Tweet. “Why we do it, exactly how it works and all those things, we’d rather keep them to ourselves. But we hope it’s an innovation that will bring us an advantage through the season.

“It’s an example of how this team is always pushing to try to find new ways to make our car quicker and it’s just great fun having it here at the track today.” 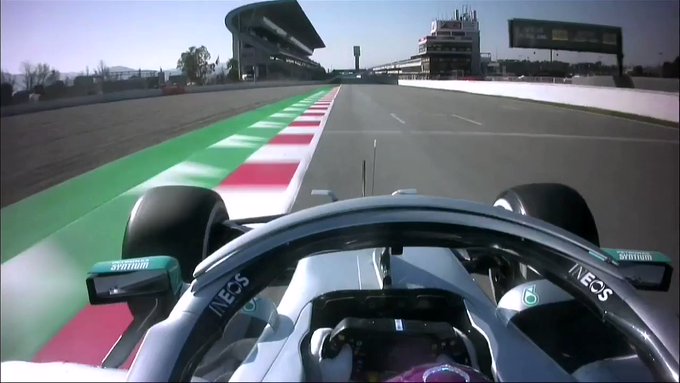 180 people are talking about this

The next obvious question that arises from day 2 of Barcelona testing is, will the FIA investigate and deem it legal? Not as far as Allison is concerned, and he insists the governing body know about the device and has approved its use. Formula One is littered with examples of teams protesting innovations from rival teams, from Benetton’s launch control and barge board in 1994/95, to Brawn’s 1999 ‘Double Diffuser’ and McLaren’s clever ‘F-Duct’ system of 2010, rival teams will always raise a jealous eyebrow in order to stay in touch.

Whether or not other teams will wish to appeal, having interpreted the regulations in a different way, is another matter entirely.

Other than that, there were a couple of other on-track incidents of note as Romain Grosjean lost control of his Haas at Turn 4 and touched the barriers. It followed a spin by Hamilton’s team-mate Valtteri Bottas, and fellow Finn Raikkonen ground to a halt late on, bringing about a rare red flag.

Testing concludes tomorrow before teams fly out to Melbourne for the Australian Grand Prix, that begins with free practice on Friday 13 March.

And we’re now officially a third of the way through pre-season 2020 #F1Testing! Here’s how it all happened today @F1 @Circuitcat_eng 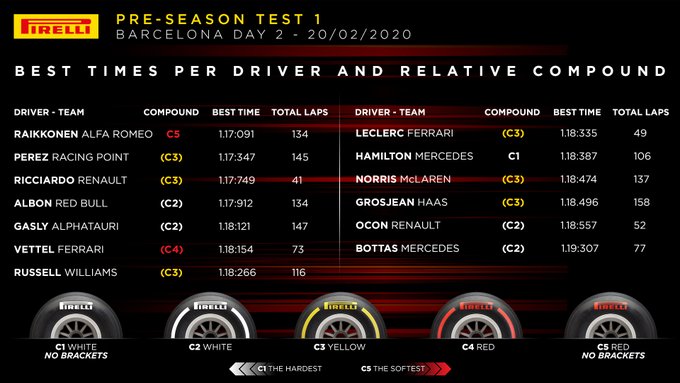